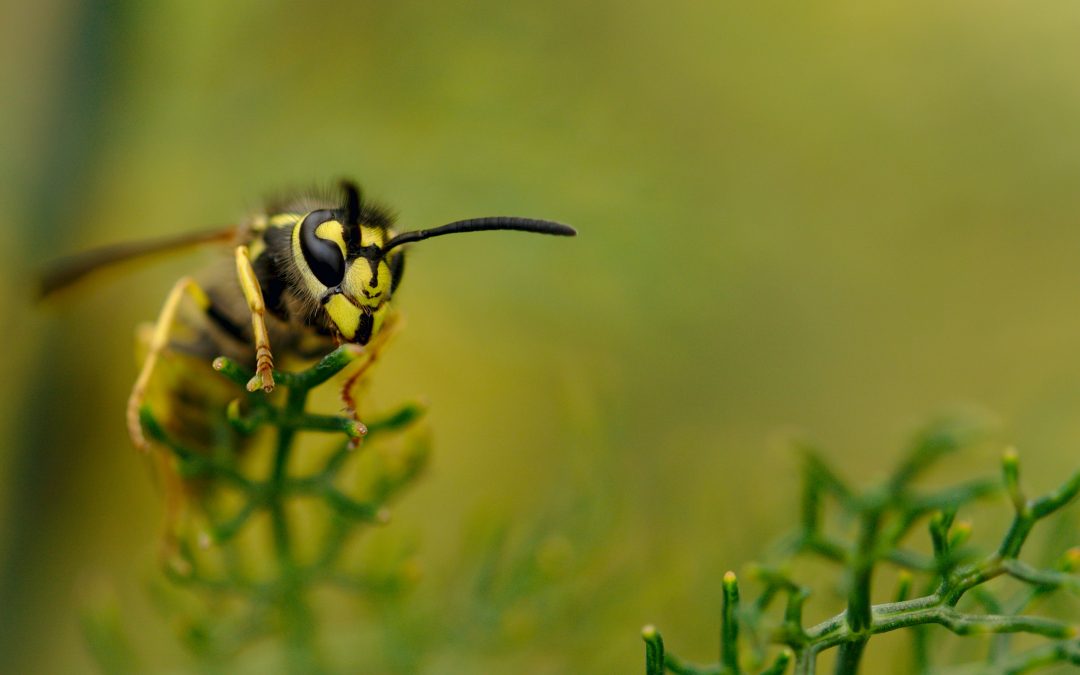 When a wasp can kill you!

It happened again. I just got stung again by a wasp and I am highly allergic.
For God’s sake!

After returning from a short intensive care in the nearby hospital, the third time so far, I thought I’d share some reflections:

Yes, I am fine, the combination of compassionate attentive ‘watering’💦🌱 and caring with ice cream and delicious plum cake🍰 from Daisy that followed the trippy mixture of highly effective chemicals (to prevent allergic shock) streaming through my veins, left me with quite a laid back feeling of expansiveness, relaxation and non-thinking.

Nice…maybe thats the drug based medical idea of enlightenment in the 21th century…?
Seriously though in times like these, despite a certain alternative lifestyle, you feel suddenly very aware and grateful of modern medicine!

It’s a interesting thing to realise, that you can die from a little insect which is all the time around you…at least in summer…(or, just imagine, a virus;) which is even smaller and you can’t see) and that you, in the blink of an eye, can lose control over „your“ Body completely.

He is just doing his own thing…
And „You“ or the so called „I“ has no influence on it at all…
The same is true with the mind. Although of course I had some thoughts of worry, they appeared distant and insubstantial and in no way “gripping” or able to explain anything or to give any “meaning” of what was happening.
Instead there was more a sense of a pertaining field of, one could say, presence, which seemed to be nothing special or specific.

I’ll have to ask Ramana Maharshi again on this 😀

In a certain strange way this experience was also very relaxing because there is nothing anymore to do,  to improve, to prevent or to do better or to change…the wasp has stung, the deed is already done…now you can only surrender to whatever may come.

Surrender is the one ‘action’ that can bring peace. To realise the fragility of life and the utter insignificance, from a certain perspective, of the “I” is a humbling experience.

It is really like this: the experience of life can end at any time, and “I” have no influence whatsoever about that. (in the same way I had no command about my birth).
I wonder: Am I not the center of the Universe? The focal point, the most important thing? Does not life owe me something? happiness, gratification, fulfilment of my desires, at least 80 years of having food, shelter, money and a so called “good life”?

So, wasps for me, are also a good reminder of that…a hidden fierce Zen Teacher…🐝

that Life is always a life-threatening affair and nothing can be taken for granted! …somehow within that notion, I suspect, lies the root of its immense beauty 🌼

In the words of the Poet Wallace Stevens:

Death
is the mother
of beauty;
hence from her,
alone,
shall come fulfilment
to our dreams
and our desires

From that acknowledgement of the impermanent and unknown nature of life, springs gratitude, connection and compassion. It’s hard to feel grateful for something when it is permanent. It is soon taken for granted; it is always there. Something permanent is the most boring and constricted thing ever.

So I guess, it helps to see some aspects of life as they are and to meditate on them:

* on a fundamental level life is an unknown mystery and impermanent

* on the same level Life is not a very personal affair. Life is universal
and we do know not much about it.

How the hell to open up and attune to that?
I think it is only possible when one allows the suffering of the individual separate existence in form of limitations, insecurity’s and fears, to be seen and felt.

Thats not to say that I regard myself as fearless. On the contrary. I have always had a palpable fear of dying. But if I look at it closer, it is more the fear of losing.
Fear of losing the experience of this life, the loved ones, the cherished feelings, the sensory pleasures. Of losing this very person I invest so much in.

The deep fear right on the bottom of existence of:
not to be at all.

How to walk on this edge: the abyss of death and annihilation on one side and the comfort of the known on the other?
I have no idea, but it looks like they are two aspects of one and the same thing!
And as long as we are not accepting death as part of the whole, we cannot fully experience life.
And as long as we are not surrender “myself” to life and death itself, we suffer!

As the Tao Te Ching says:

I personally think people in older times had a much more acute awareness of the dangers and insecurities of life. But also, much more acceptance of that fact.
Just imagine: no antibiotics, a simple infected wound could mean death.
And I suspect that they were in some respect much more aware and alert.

Today, we have a virus (or wasps) and everybody for some reason thinks that this is somehow unfair,  that it should not be, that it is almost “anachronistic” in our high-tech time.
Well, maybe we need every now and then a reminder that we, as humans, are mortal biological beings and integral part of a greater organism called nature.
This realisation could even have a certain healing effect to our assumption that everything is in our control and command.

Meanwhile I retreat in the consumption of the aforementioned plum cake… 😋
…and i hope that the wasps will stay away! 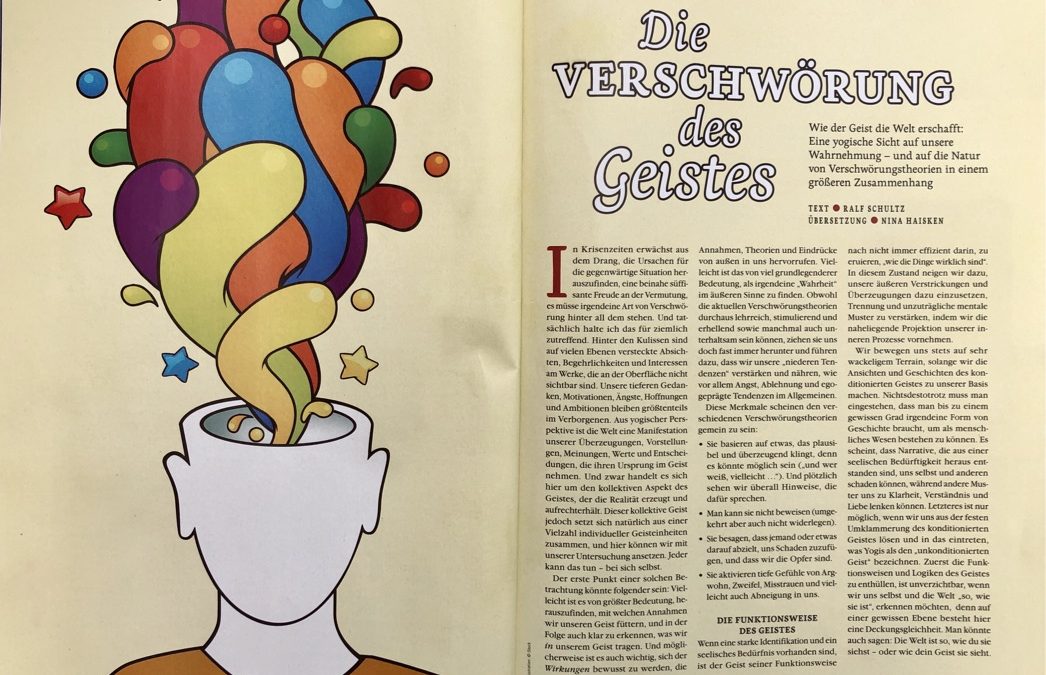 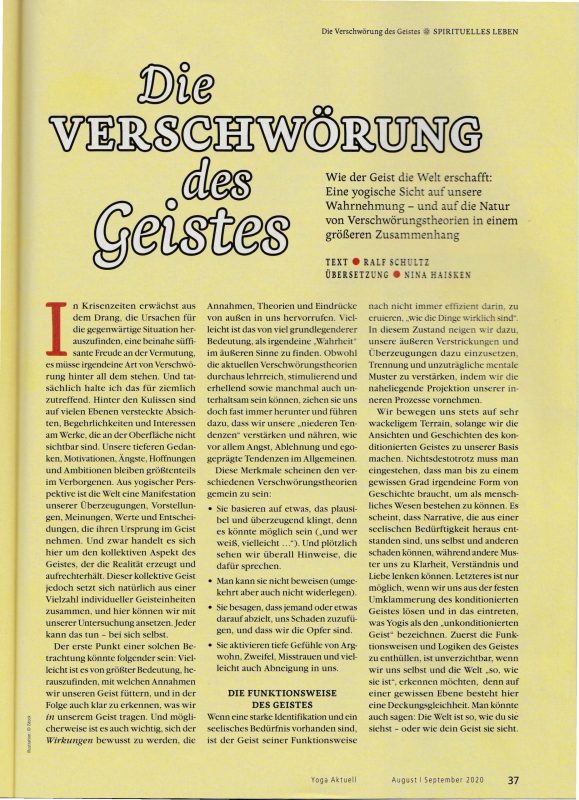 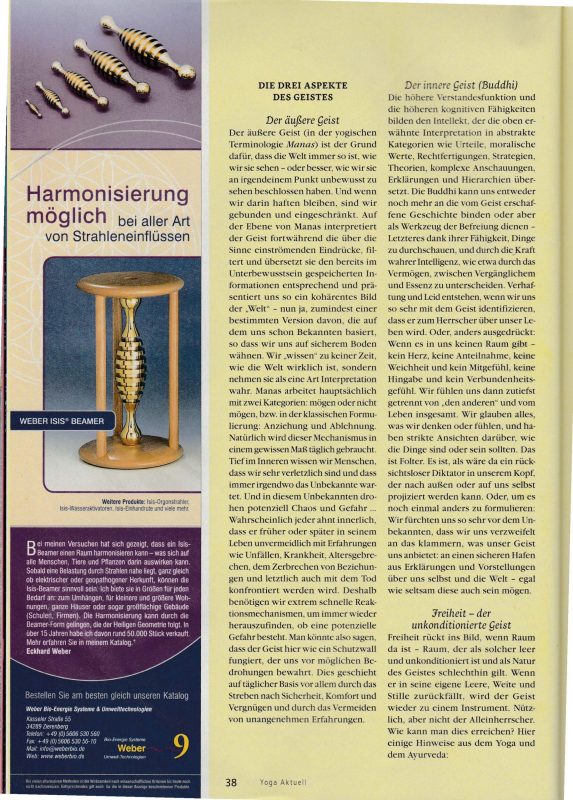 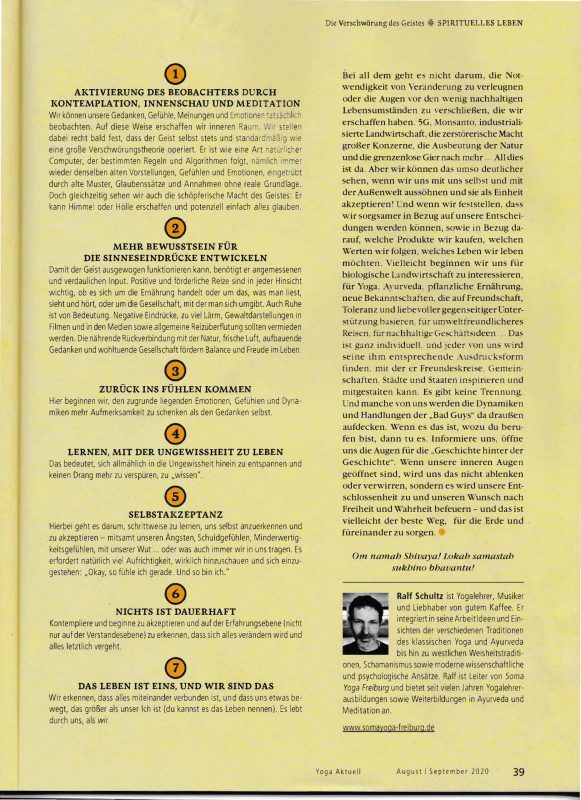 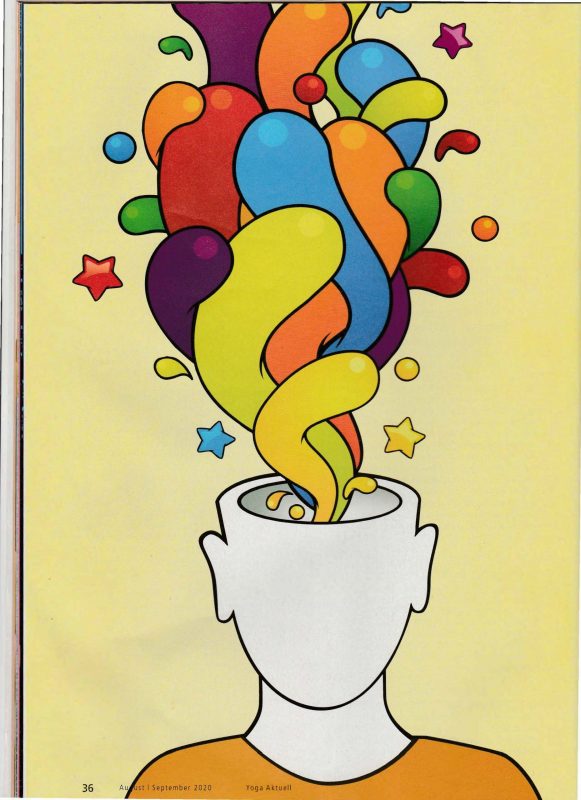 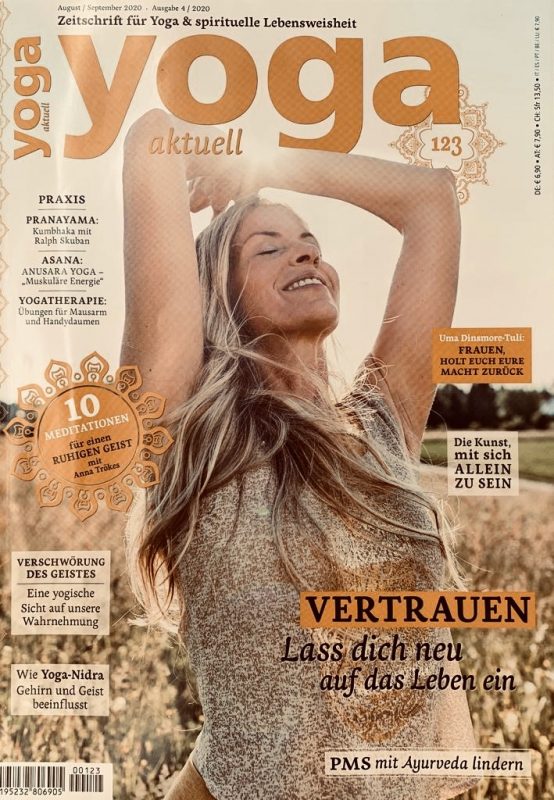 Reconnecting to Nature: Wonder & Self Healing 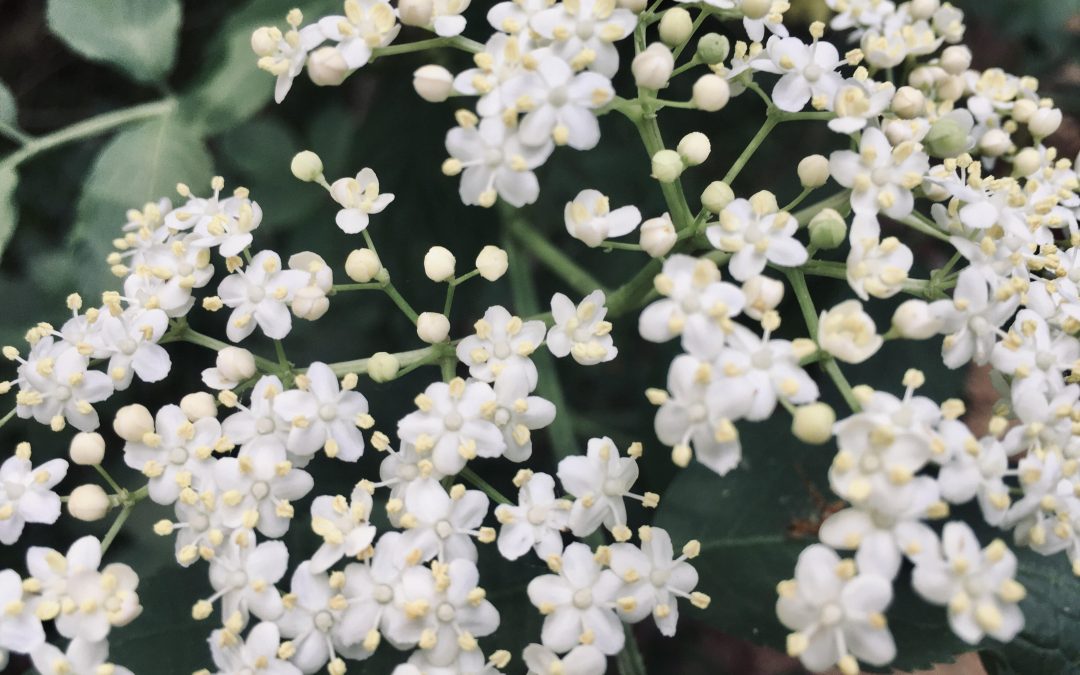 The fresh smell of elderflowers is simply wonderful. If you have not enjoyed elderflower tea before, you will rediscover your love for this incredible healing plant. The aroma is like wet dew and has a charming sweet fragrance. Once you sip it, things slow down and you feel embraced by tranquility. The flowers are great for relieving stress and one of the best natural remedies for flu and viral infections. In pagan traditions, the elderberry is associated with the Great Goddess, who brings forth all life, protects it and reabsorbs it. Every old farmhouse in Germany had its own elberberry bush nearby which warded off any negativity and was not allowed to be cut down. Elderberries are in full bloom here at the moment and I’m bringing in my harvest for the coming year. Maybe you are inspired to do so too. Please let me know 🙌🏼✨ 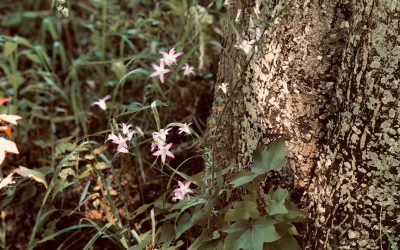 Reconnecting to Nature: Wonder & Self Healing

END_OF_DOCUMENT_TOKEN_TO_BE_REPLACED 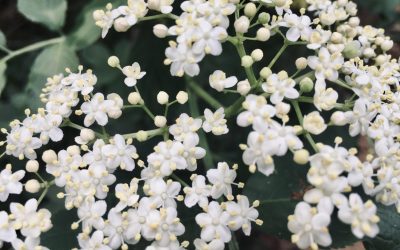 The fresh smell of elderflowers is simply wonderful. If you have not enjoyed elderflower tea before, you will rediscover your love for this incredible healing plant. The aroma is like wet dew and has a charming sweet fragrance. Once you sip it, things slow down and...

END_OF_DOCUMENT_TOKEN_TO_BE_REPLACED 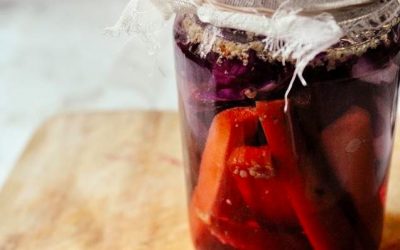